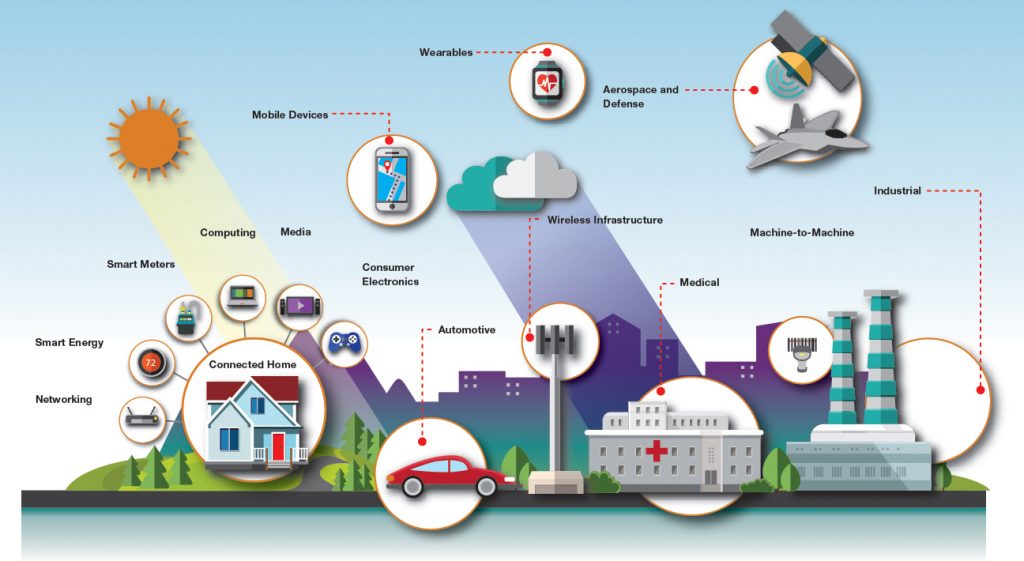 IoT is an ecosystem of electronic devices interconnected through the internet(other than typical connection like in computer and smartphones) and working together to complete jobs. Devices include everything from cell phones, coffee makers, washing machines, headphones, lamps, vehicles, wearable devices and almost anything else we can think of also includes people.
The ‘thing’ in IoT could be a person with a heart monitor or an automobile with built-in-sensors, i.e. objects that have been assigned an IP address and have the ability to collect and transfer data over a network without manual assistance or intervention. The embedded technology in the objects helps them to interact with internal states or the external environment, which in turn affects the decisions taken.

An article by Ashton published in the RFID Journal in 1999 said, “If we had computers that knew everything there was to know about things – using data they gathered without any help from us – we would be able to track and count everything, and greatly reduce waste, loss and cost. We would know when things needed replacing, repairing or recalling, and whether they were fresh or past their best. We need to empower computers with their own means of gathering information, so they can see, hear and smell the world for themselves, in all its random glory.” This is precisely what IoT platforms does for us. It enables devices/objects to observe, identify and understand a situation or the surroundings without being dependent on human help.

What is the scope in IOT?

The analyst firm Gartner says that by 2020 there will be over 26 billion connected devices. That’s a lot of connections (some even estimate this number to be much higher, over 100 billion). On a broader scale, the IoT can be applied to things like transportation networks: “smart cities” which can help us reduce waste and improve efficiency for things such as energy use; this helping us understand and improve how we work and live.

How can IoT Help

The new rule for the future is going to be, “Anything that can be connected, will be connected.” But why on earth would you want so many connected devices talking to each other? There are many examples of what this might look like or what the potential value might be. Say for example you are on your way to a meeting; your car could have access to your calendar and already know the best route to take. If the traffic is heavy your car might send a text to the other party notifying them that you will be late. What if your alarm clock wakes up you at 6 a.m. and then notifies your coffee maker to start brewing coffee for you? What if your office equipment knew when it was running low on supplies and automatically re-ordered more? What if the wearable device you used in the workplace could tell you when and where you were most active and productive and shared that information with other devices that you used while working?

Below, we’ve provided a glossary defining the Internet of Things:

1: Internet of Things: A network of internet-connected objects able to collect and exchange data using embedded sensors.
2: Internet of Things device: Any stand-alone internet-connected device that can be monitored and/or controlled from a remote location.
3: Internet of Things ecosystem: All the components that enable businesses, governments, and consumers to connect to their IoT devices, including remotes, dashboards, networks, gateways, analytics, data storage, and security.
4: Entity: Includes businesses, governments, and consumers.
5: Physical layer: The hardware that makes an IoT device, including sensors and networking gear.
6: Network layer: Responsible for transmitting the data collected by the physical layer to different devices.
7: Application layer: This includes the protocols and interfaces that devices use to identify and communicate with each other.
8: Remotes: Enable entities that utilize IoT devices to connect with and control them using a dashboard, such as a mobile application. They include smartphones, tablets, PCs, smartwatches, connected TVs, and nontraditional remotes.
9: Dashboard: Displays information about the IoT ecosystem to users and enables them to control their IoT ecosystem. It is generally housed on a remote.
10: Analytics: Software systems that analyze the data generated by IoT devices. The analysis can be used for a variety of scenarios, such as predictive maintenance.
11: Data storage: Where data from IoT devices is stored.
12: Networks: The internet communication layer that enables the entity to communicate with their device, and sometimes enables devices to communicate with each other.

IoT Platforms
One IoT device connects to another to transmit information using Internet transfer protocols. IoT platforms serve as the bridge between the devices’ sensors and the data networks.

The following are some of the top IoT platforms on the market today:

Several environments within the three groups of consumers, governments, and ecosystems will benefit from the IoT . These include: 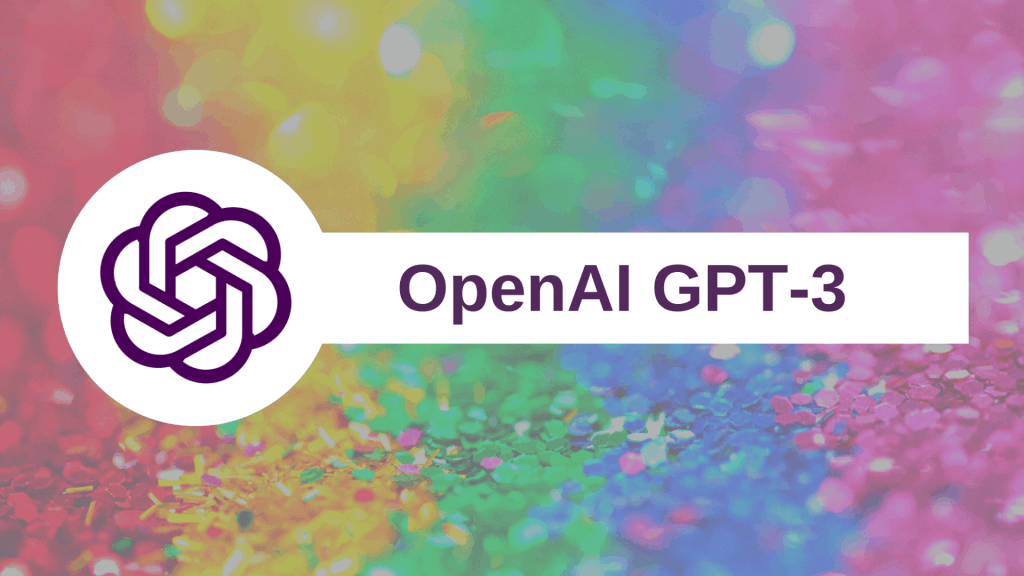 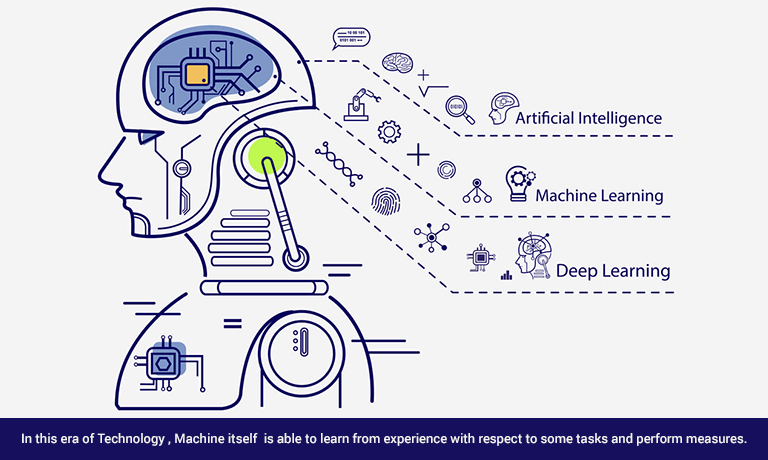 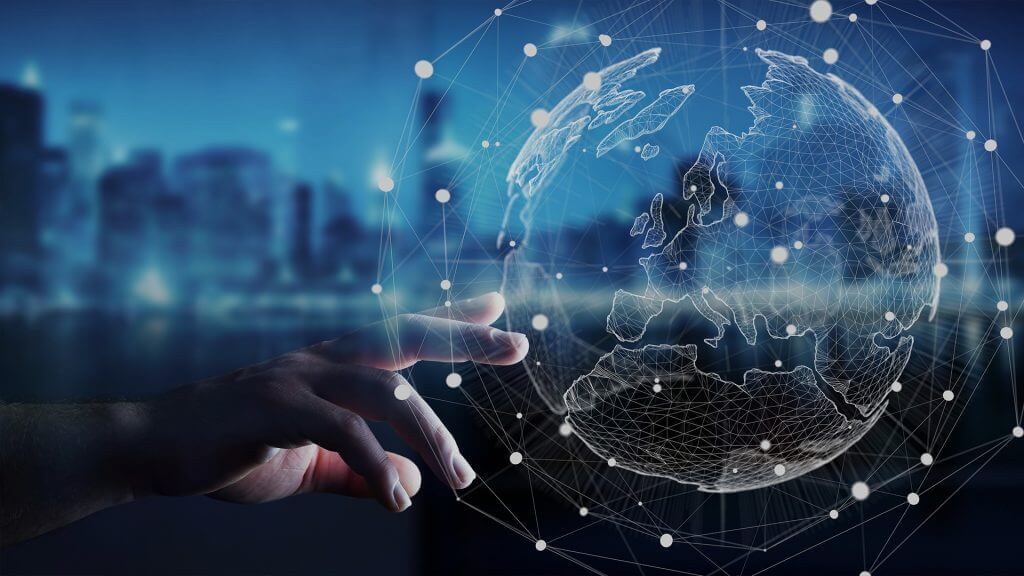